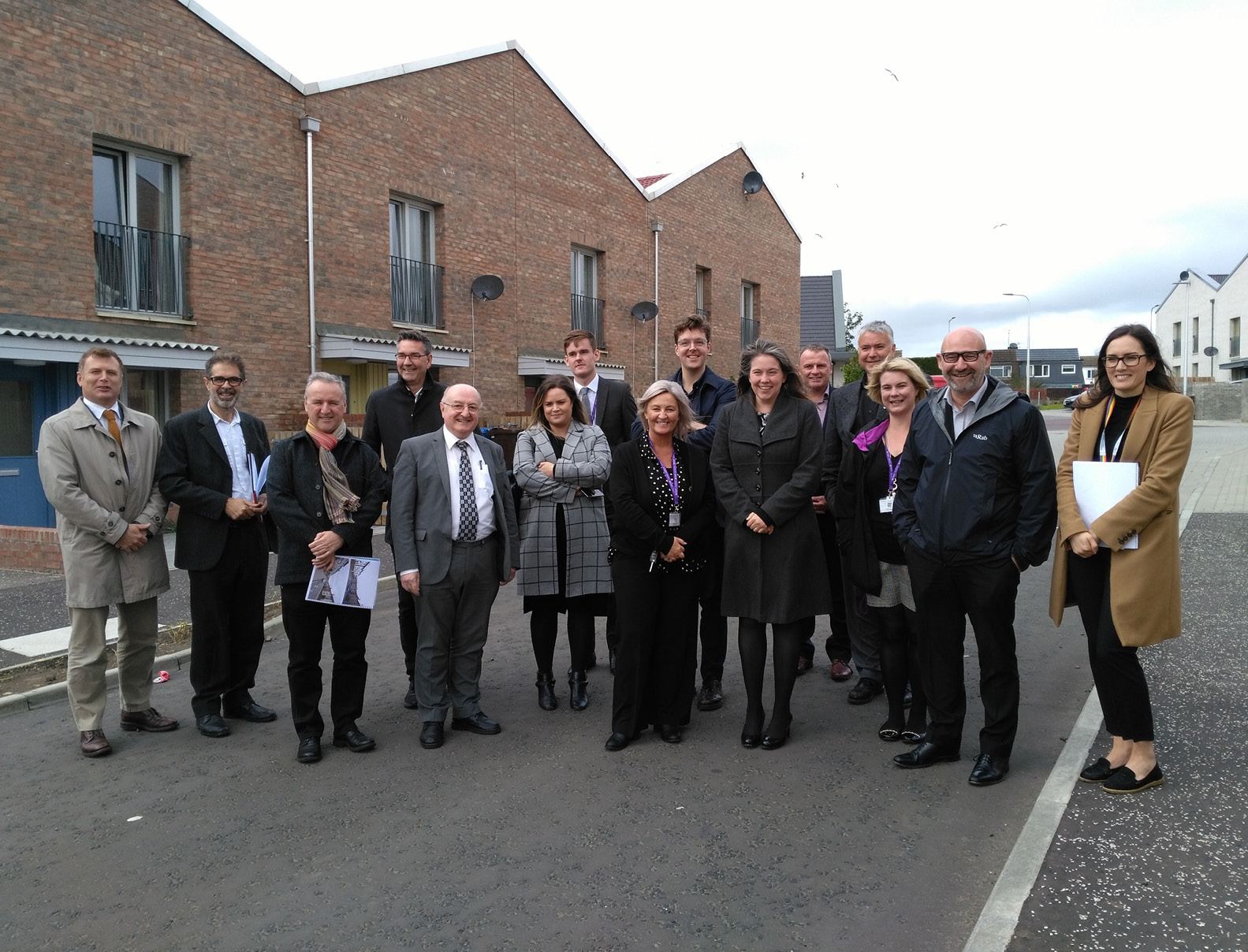 Fraser Avenue was chosen as an exemplar housing project for the approach to the regeneration of an unloved housing estate in Fife which was developed through extensive engagement with the existing residents. The proposals have transformed the neighbourhood into a place designed to give everyone their own personal space and their own front doors. The feedback from the workshop showed that this has re-discovered a sense of community spirit and belonging which had evaporated many years ago in the old estate.

Comments such as “kids play on the streets again” and “people are talking to their neighbours now” indicated that placemaking approach and dedicated engagement by 7N and Kingdom Housing Association has paid dividends.

The event was part of a series of case studies across Scotland in support of the Scottish Government’s forthcoming Housing to 2040 consultation. This initiative aims to bring together practitioners, local stakeholders, and ministers and policy makers to discuss specific local experience and inform future housing policy.

Ewan Anderson, Managing Partner at 7N Architects said, “7N were very pleased to be involved in this workshop as it has been fascinating getting such positive feedback from the residents after the five year journey that Kingdom, Fife Council and ourselves have been on with them. Hearing that “the kids are playing in the streets again” is a great indicator that the new neighbourhood is already having a positive impact on the lives of the residents.”