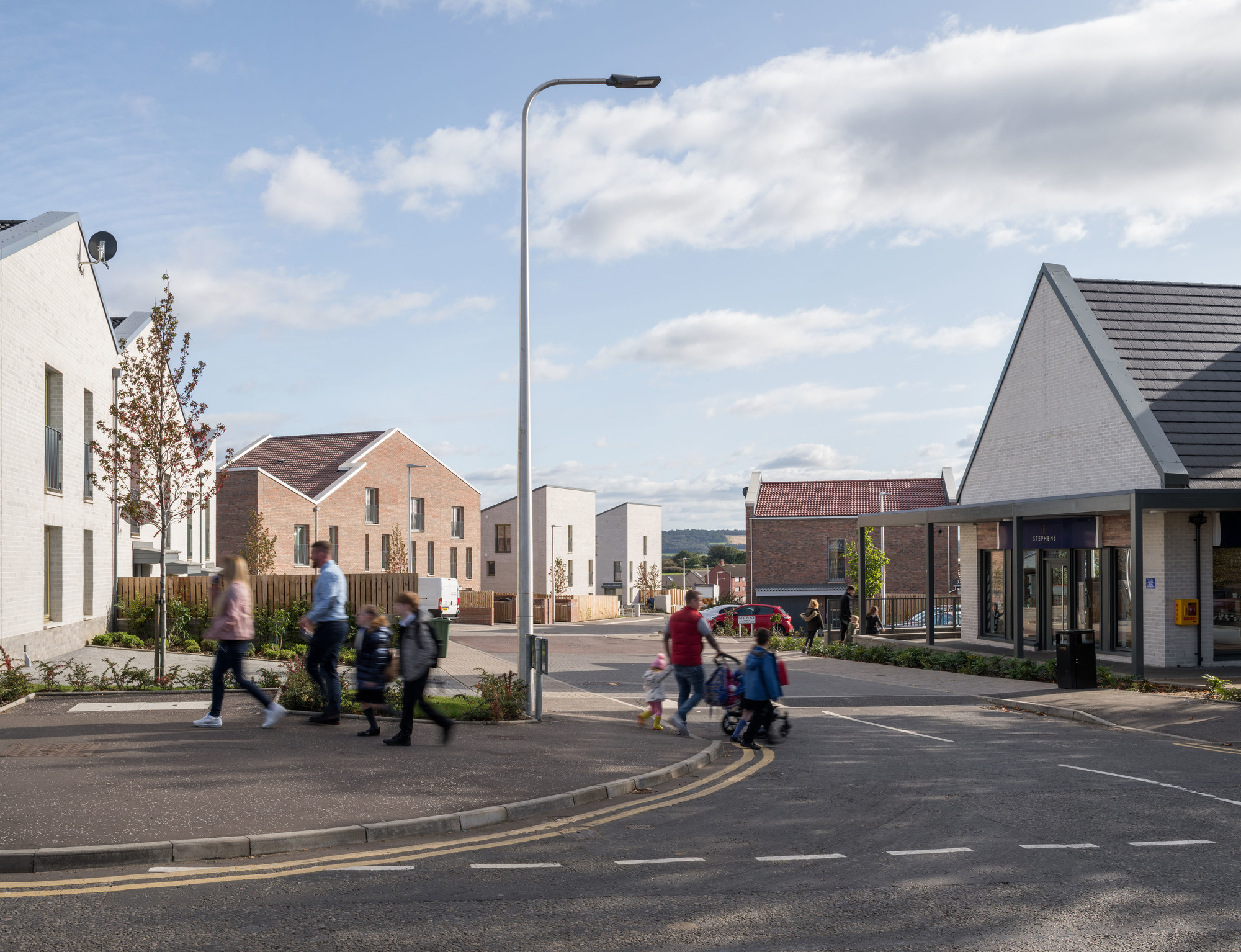 Community-led engagement is at the heart of the regeneration of Fraser Avenue, which has transformed an unloved housing estate in Inverkeithing into a new, forward-looking neighbourhood.

Last September, representatives from 7N Architects, Kingdom Housing, Campion Homes, and Fife Council gathered for a workshop in collaboration with Architecture & Design Scotland and the Scottish Government in light of the government’s Housing to 2040 consultation. Chatting to residents, the attitude was overwhelmingly positive: “Kids are playing in the streets again”, said one, and another said she felt much happier and in control of her life in the new neighbourhood. Before 2014 though, it was a different story. The original Fraser Avenue estate, built in 1956, was a long street with three-storey blocks of flats; roads, pavements, and parking blurred into a continuous, ambiguous space. It felt cold and uninviting, a sentiment echoed in residents’ feelings of isolation and lack of belonging.

In 2014 7N Architects were appointed by Fife Council to engage with the community and move the regeneration forward. Alongside extensive consultation, the decision was by the local community to completely demolish and redevelop the street.

“The discussions at Fraser Avenue provided lots of lessons to take forward… It illustrated the importance of engagement with communities – listening to their voice and understanding the way they live. That is an essential principle now, and in the future.”

Before jumping into design, 7N worked in collaboration with Nick Wright Planning to host a series of visioning workshops and consultation events with the community to hear their hopes for its future. It was important that the transformation not fragment the existing community, but cultivate a greater sense of ownership and inclusion. From the ideas generated in the workshops, 7N were then able to design solutions that would address the wants and needs of the residents.

The most major change that came out of the consultations was the creation of multiple new streets in place of the existing linear avenue, to make the estate feel more like a collection of neighbourhoods as well as provide pockets of public space for parks and playgrounds.

7N’s masterplan addresses this through a placemaking framework where every space has a clear purpose and defined sense of ownership, creating a new neighbourhood woven into the social and physical fabric of the area.

The blocks of flats were replaced with lower density housing types, each with their own front door and private front and back gardens. New walkways and cycle paths weave the estate together and, crucially, connect it to the surrounding neighbourhoods, existing retailers were retained and moved into a new purpose designed pavilion building, in a location where they are more accessible to the surrounding communities and now act as a gathering point for locals.

“There was quite a number of original Fraser Avenue tenants who had very specific requirements in terms of the family size or accessibility. A lot of the homes are bespoke to specific needs.”

The new homes utilise technology that will make them more pleasant and healthier to live in. Breathable ‘vapour-open’ walls have been installed in an effort to improve internal air quality, and are being monitored through a research project with MEARU at the Glasgow School of Art. A recent study found that many new build houses were failing to meet minimum air quality standards due to increasing air-tightness and insufficient ventilation. Replacing plastic vapour barriers with breathable walls allows the homes to regulate organically, by letting moisture migrate in and out as necessary. The open attitude of Kingdom Housing Association and Campion Homes has been crucial to this innovative approach, and they’re willingness to go above and beyond has resulted in homes that are more sustainable and energy efficient, and will continue to benefit residents for generations to come.

“It’s new technology, particularly I think to the affordable housing sector. It’s not hugely difficult (to build) but is quite labour intensive. The system is really an inside out timber frame. The insulation’s on the outside and there’s a fibre insulation applied to the external façade of the timber frame. The finished article is as you would see in every other development.”

Implementation of the regeneration has involved complex work associated with the decanting of existing residents to facilitate phased demolition. 44 of the 53 homes in the first phase have been allocated to returning tenants, where housing has been specifically tailored to meet their needs. This process has taken time, commitment and patience on the part of the client team to ensure that resident and community expectations have been managed and met.

The first phase of the project was completed last year, and feedback from residents confirms it has been a resounding success. Future phases of the regeneration are on-going, but the community has been incredibly cooperative with the continued construction. It’s encouraging to see how community-led engagement and design can breathe new life into a place: as one resident at the workshop noted, “People are talking to their neighbours now”.

“A collaborative effort has ensured a successful transformation of a place that had experienced challenges before, and it is great to see more social interactions and children playing safely in the community. That is a wonderful sign of a comfortable place for people to enjoy and live in.”

For further information, Architecture & Design Scotland have published a Case Study of Fraser Avenue Here and a Workshop Report as part of the Housing to 2040 consultation Here. 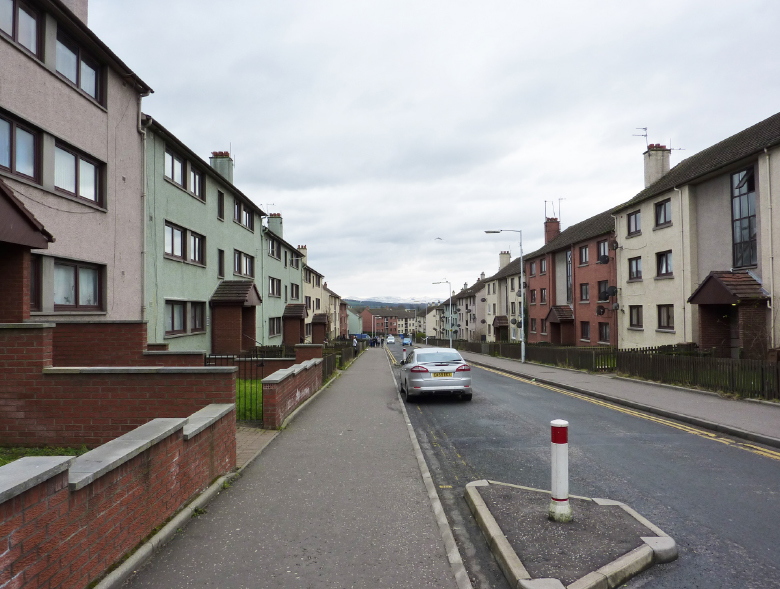 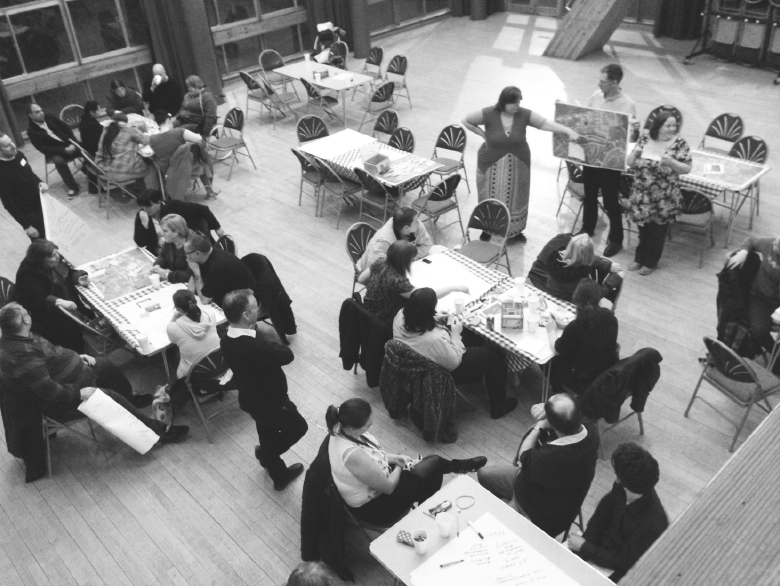 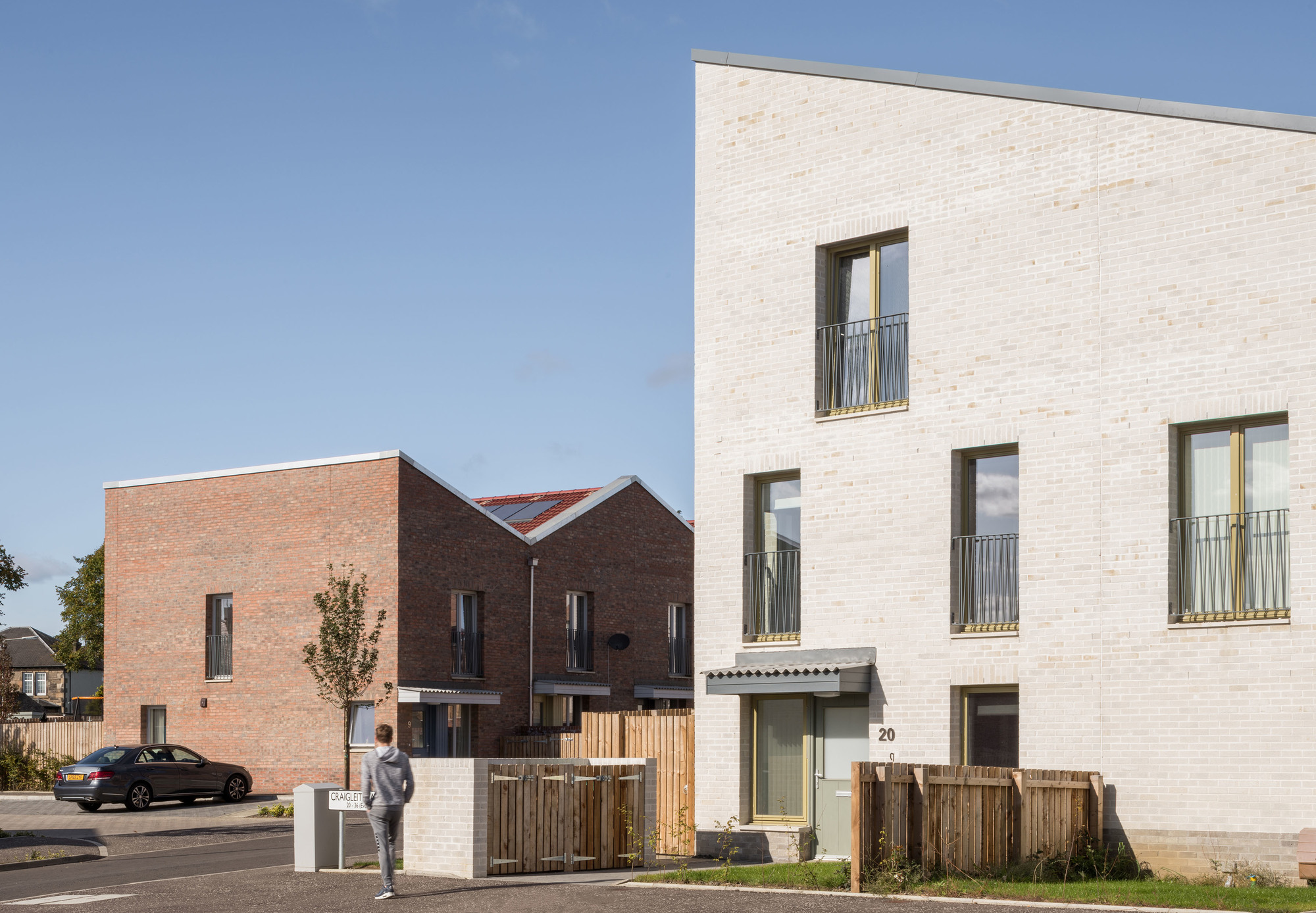 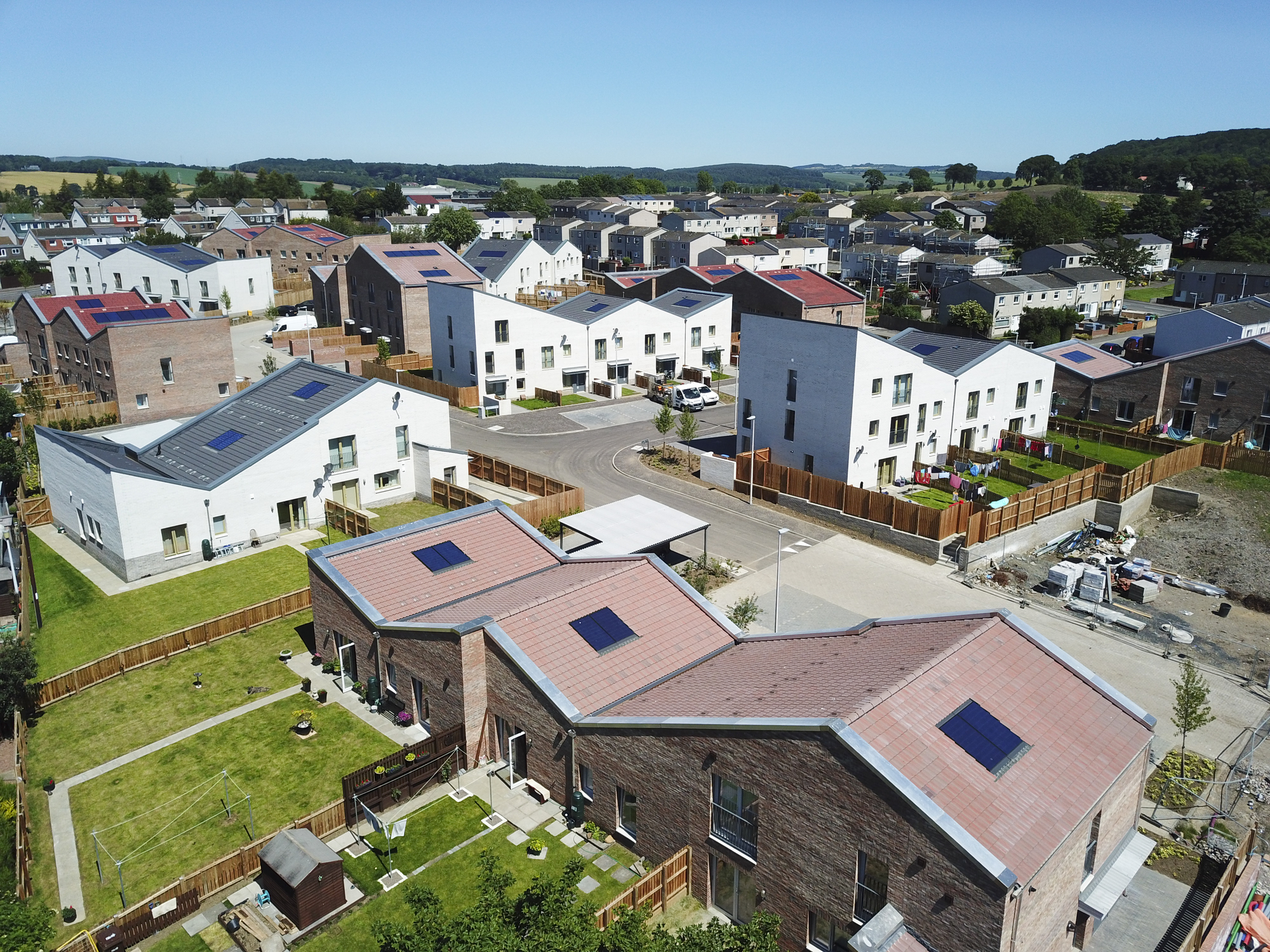 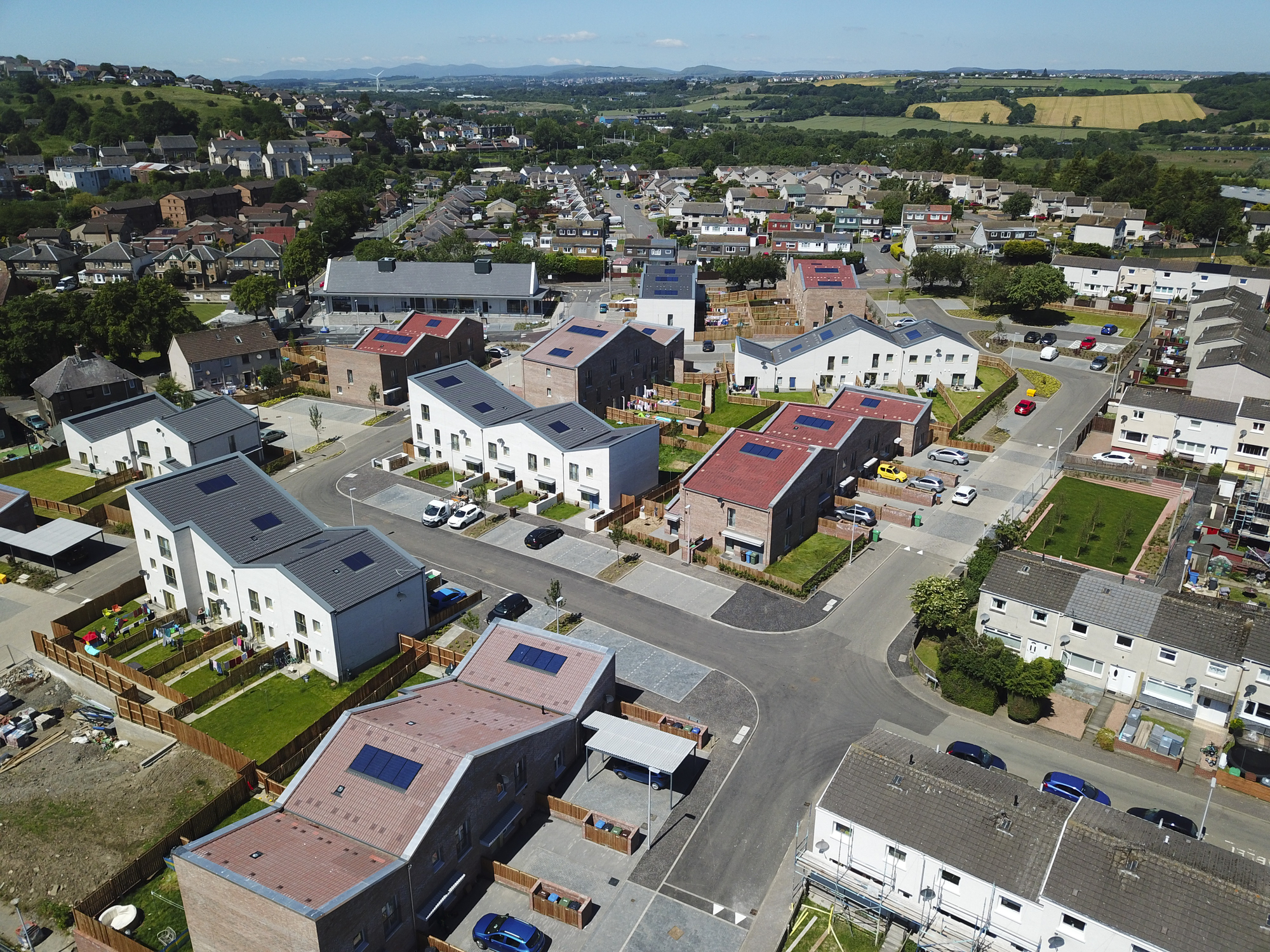 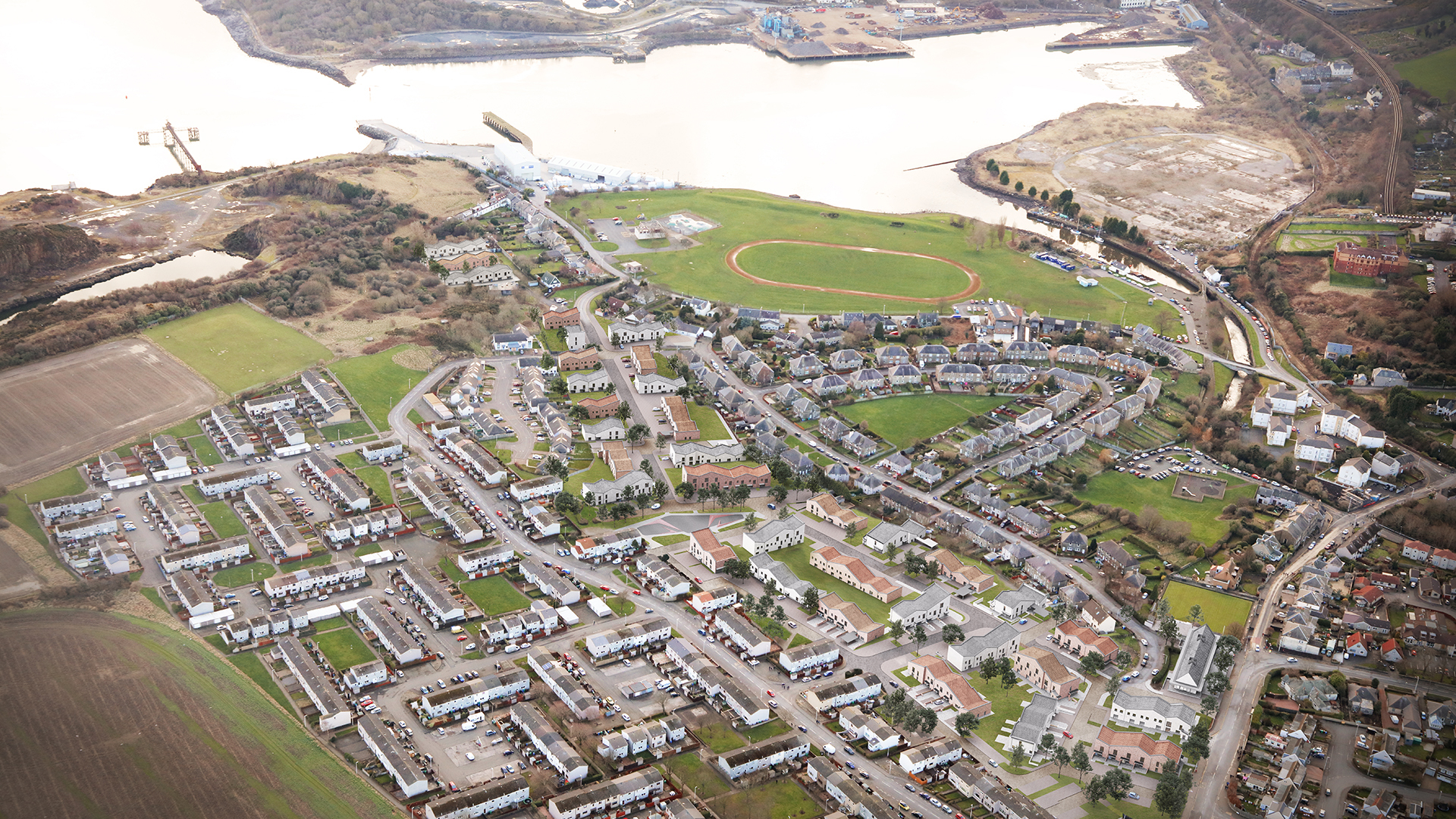 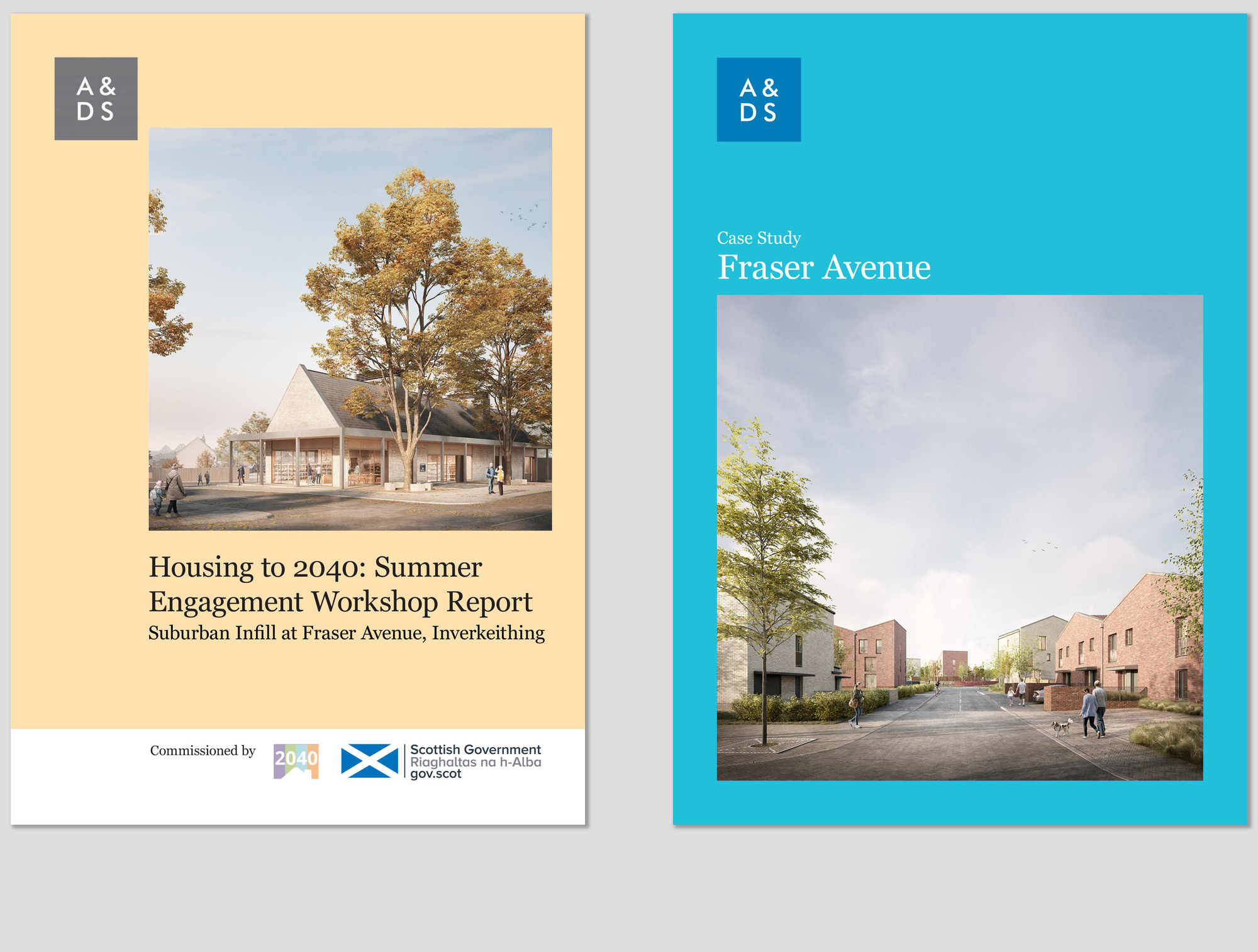